What are Nootropics? Are ‘brain pills’ safe? Do ‘smart drugs’ work? Pros and Cons.

Have you heard about the new supplements that are being described as viagra for the brain? They are called Nootropics? Or my favorite, Qualia. Go to Neurohacker.com for details. 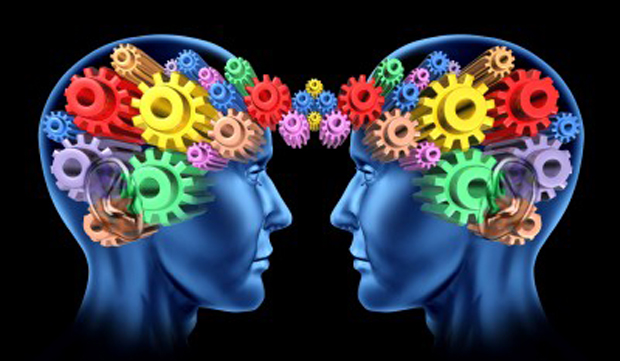 Remember the movie Limitless?  It’s a hollywood film based on “The Dark Fields” a novel by Alan Glynn. Basically a struggling writer takes a mysterious pill called NZT which is supposed to increase his creativity, and it actually activates 100 percent of his brain capacity, so he becomes an unstoppable genius. It’s a wonderful fantasy, UNTIL the part where he becomes addicted and his life is threatened by a rich and powerful enemy.

As a writer, I can relate to the seduction to be taken over by an immense creative flow. When I heard well respected holistic doctors and scientists in my community talking about a non-prescription supplement that enhances cognitive function, I got curious. Especially now that there is this powerful Formula. Can nootropics really provide greater alertness, clarity, focus…and mood, without side effects? I wrote this blog to share my first hand research conclusions.

Sharing about mind or mood altering substances is always a bit vulnerable, especially in my case where I turned to nootropics during a time of desperation. About a year ago, I was suffering from a nervous breakdown and several people in my circle of advisors suggested I consider going back to SSRI anti-depressants (as I did during my postpartum depression, and during several bouts of depression after college.) But I didn’t want to go the pharmaceutical route if I didn’t have to. So my boyfriend at the time bought me a batch of nootropics. From my perspective here are the Pros and Cons:

Nootropics boost our natural neurotransmitters, enzymes and hormones. Oxygen supply to the brain is elevated. Nerve growth is stimulated. As a result, linguistics skills and memory are highly upgraded and this increase in brain energy translates to higher physical stamina. Many studies have shown that Nootropics are suitable for long term use and some even have neuroprotective qualities to help reduce damage to the brain caused by aging. In addition to an increased sense of confidence, an elevated mood and overall brilliance, they can also help neuroplasticity. (The brain’s ability to reorganize itself by forming new neural connections.) Another fun side-benifit: Nootropics tend to enhance my dreams!

To my knowledge, there are no studies that show nootropics are harmful or dangerous, but studies about the long term effects are limited.  Of course, too much of anything can make anyone imbalanced. Even too much of the natural nootropics such as St. John’s Wort can cause diarrhea, hyperactive moments and sleepless symptoms. Huperzia serrata is a natural extract from a vine in the Amazon, and it can imitate nerve gas. Since many nootropics are stimulants, it’s important to moderate your use because side effects such as restlessness and jitters, nausea, heart palpitations, insomnia, headaches, dizziness, and and even vomiting.

However, when used as recommended, there are little to no negative side effects. Since there is a question as to whether the body builds up a tolerance, many people advocate cycling off of them for short periods. For example, stop taking them for a week every month so as not to build up a dependency. I personally use them when I am feeling brain fog before a public appearance or when I’m up against a writing deadline. 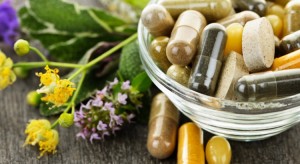 If you’re intrigued by the idea of powerful brain-boosting supplements, but want to avoid synthetics, you still have a variety of natural options.  As it turns out, many of the supplements we now recognize as natural nootropics can be traced back to ancient Chinese medicine and Traditional Ayurvedic treatments. I’ve been taking Giungko Biloba since college. Ashwagandha is a classic stress reliever. Lion’s Mane mushroom and Bacopa Monnieri are common memory enhancers used all over Europe. Thus, there are many all-natural nootropics that improve your memory, elevate mood, and enhance learning capacity.

The laboratory-synthesized nootropics were discovered some 60 years ago. Currently, there are clinical trials being conducted now, all over the world, to explore the effects of both synthetic and natural nootropic supplements. Modern science is far more accurate and precise in managing dosages than the ancient practice of picking leaves and berries. Also, pharmaceutical grade products control dosages and prevent contaminated natural extracted products. This is especially important when combining (or stacking) nootropics.

Using nootropics is all about creating personalized combinations, or what is called: stacking. Each ingredient acts as potentiator when combined with another. One of the problems with nootropic supplements not being regulated by the FDA, is that they are often sold without a clear ingredient list. When we look closer at the Nutritional facts label, we find the following classifications: (I’m no chemist, so I personally prefer to have a trusted company like this one do the stacking for me, but I like to at least read the labels and see what I’m taking.)

If you are new to nootropics, it is recommended that you start slow, with small dosages and notice the effects of each combinations before increasing dosage and/or moving onto more powerful supplements. This also helps avoid negative side effects.

So what’s the bottom line?

Nootropics do indeed enhance brain activity and function by affecting metabolism and neurotransmission.

The politically correct thing to say is: consult your medical professional before changing any supplementation, especially if you have pre-existing health conditions. However, I’m not always politically correct and I tend to believe that my body is the highest authority on my health. I’ve been using nootropics for over a year now, tracking my results as I play with different combinations of both natural and synthetic stacks. I have researched several companies and have no reservations about recommending my friends to try NZT-48 for themselves. Side effects and drug interactions with these racetams and cholinergics are minimal.  Here is a link to the company I trust the most. Their products are high quality and and I personally know dozens of people who can make first hand recommendations for them.

Wow! Within minutes after sipping on a personalized batch of nootropics, my already high expectations were exceeded. Mental clarity, focus, memory, creativity and productivity all went up over 200%. Since I am sensitive (and slim) I usually take half of the recommended dosage of anything, and I still felt powerful positive results! And the best part, I did not have hangover the next day. Of course, your milage may vary but I have about a dozen friends who have even more amazing results (No peer pressure 😉 and I look forward to hearing more about your personal experience. I am personally grateful to have been introduced to this cognitive enhancer, especially at a time in my life when I needed the boost.
Since there are hundreds of brain pills available on the market, each one claiming to be the best, the options can be overwhelming.  I tell my friends to start with a month and moderate the dosage to your own liking and send me a note to let me know know how it’s working for you.

If you liked this article you will love this one:

Can a “Smart Drug” Affect your Spiritual Practice? Read the Results of my 3 Month Experiment Neurohacking with Qualia