Honoring Anya Shekinah as a Master Lover as she Transitions into the light!

Beyond being well known Tantric Priestess, Anya Shekinah was a multi-dimensional friend, lover and mentor. Here is my experience surrounding her Transition and a video Eulogy from her Beloved. 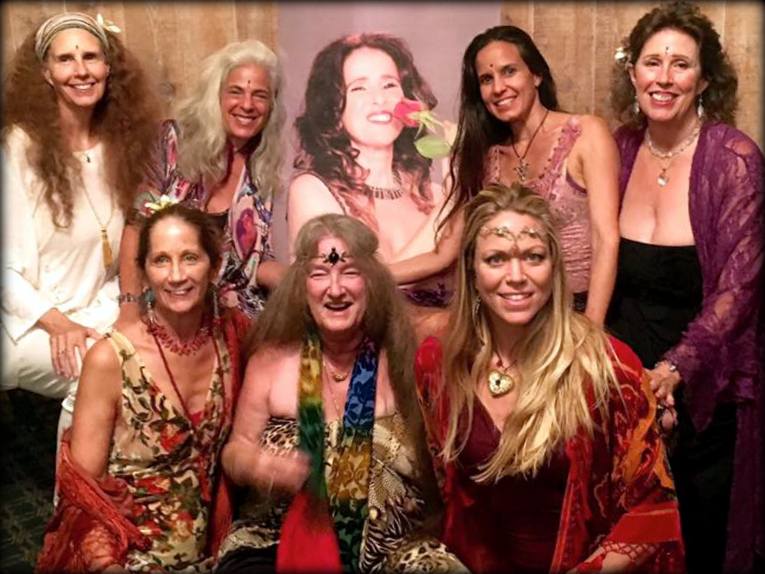 There are only a handful of people in the world who I look up to as having more experience in tantra, polyamory, teaching, art and healing. As a pioneer, role models like Anya Shekeinah are rare and extremely precious. She was the embodiment many archetypes. She was a Mystic. An academic. An Activist. A Lover.

Today I want to speak about her as the Lover.

She would often describe herself as being in an “Evolutionary Relationship” with Steven Vogue, her partner of nearly 35 years. But I don’t think many people comprehend what it means to be in an open tantric marriage. Living together, working together, teaching together, nearly 24/7.

Together they negotiated variety of non-traditional roles.  She was his dakini and he was her doctor. Together they made post-conventional decisions about everything, including her stage 4 cancer. She was intent on living fully and going against the insanity of the system. In a sense, her transition was no surprise, and yet, it was full of mystery.

I had just returned from my European Tour when I heard she was in the hospital and got to be with her during her last hours on Earth. Michael and I arrived at her bedside, to find her grace-filled body was failing, she was being breathed by a machine, but her heart was still vital and her love absolutely filled the room. I held her hand and softly sang Om Mani Padme Hum (trying not to freak out the nursing staff.)

By the time her blood pressure started to drop, so did our inhibitions, Goddess Tes chanted proudly, giving permission to the dozens of lovers who showed up in support. We turned that ICU into our temple. On the monitors we could see her vitals signs responding to our love. We formed a grid with crystals around her, laying one on her heart and also an altar between her legs. We prayed and cried and cracked jokes and ate chocolate and drank wine, toasting “l’chaim,” a Jewish toast, “to life.” 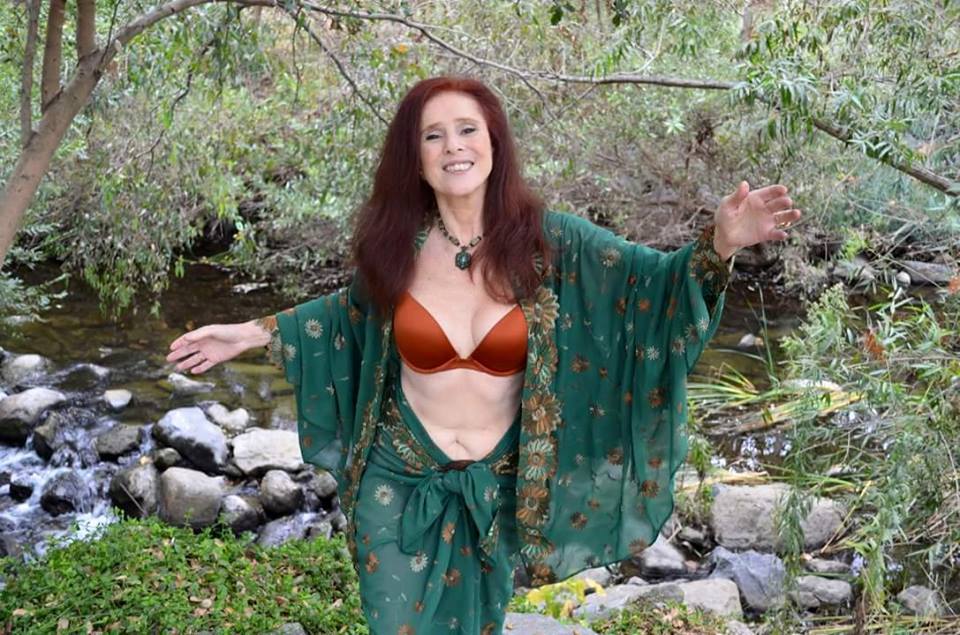 Nobody wanted to see her go, especially before her brother arrived from Australia, but we were deeply surrendered to the great mystery. Especially Steven. He was like a birthing mother, breathing through fierce contractions between waves of unconditional love. He described himself as the ocean: still at times and then a storm strikes and he would lose control. In the midst of our mourning, Steven sensed her heart weaken, rushed over to her right hand. I was holding her left hand. Everyone else gathered around her body and chanted OM in rounds, he placed his lips to her third eye kissing her forehead as she flatlined. We continued OMing for as long as her consciousness eminnated around the room.  When the spell was broken, Steven spontaneously cried: I will always hold her in my heart. He bowed his head to her hand and said, “She was the love of my life.” Someone announced that it was 11:11. Tes read the a final Jewish blessing and moments later, her brother arrived. “My sister!” He cried. And we hugged him and sang a final song together.

Anya shekhinah was a master lover, she taught thousands of people about love, and she left this world deeply, truly in love.

During her wild Tantric, Jewish, Pagan ceremony lead by 7 priestesses, I spontaneous lead a min-puja with her Beloved Steven. Here is a video of his heart-felt Eulogy, followed by the story that I told about how they helped save my own tantric marriage, after 15 years.


There are many things I never told her. She never knew that she played such a big role for me during the dark night of my soul. After  the 2nd season of my Reality show, Michael and I had lost our trust in each other, all our live-in lovers had left, I was wracked with frequent anxiety attacks. Our marriage was falling apart and nearly everyone in our community thought we’d be better off divorced. Then I looked around, and the only shred of hope I had was Anya Shekinah and Steven, deeply devoted to each other and still wildly liberated. Seeing them made me realize it was possible. I want to be like them…eternal beloveds…they gave me the courage to save my precious marriage.

Afterwards, I  pointed out that he was not her only lover in the room. They shared many lovers who were also in attendance. One of the most beautiful things about being in a poly community is that we don’t have to mourn alone. Anya Shekinah would want Steven to be surrounded by sensual goddesses offering him deep body empathy. In a world that insists that there is only one soul mate…this is revolutionary… and we are here to celebrate her radical, generous spirit.

Somewhere in my Eulogy I also mentioned that our personalities didn’t always get along. I used to say that even though we were soul sisters with similar soul purposes, we had personality differences. However, after sitting Shiva with her family, I now humbly realize how similar we are, perhaps too alike for comfort. Now that she is not bound by her body, I feel closer to her than ever. I have been humbled and am on my knees surrendered to her mastery of love, open to whatever she wants to teach me from the other side.

At the closing of the ceremony, High Priestess Amrita Joy Ananda Ma channeled the following message: “If you think of me as Anastas, Anya Shekinah or even Loretta, those are memories of me in the past. I am now Shekinah.”