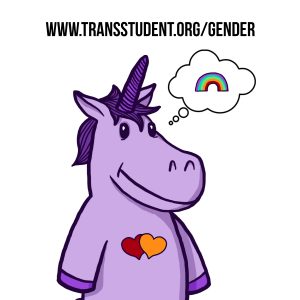 As a queer Trans-Woman, I struggled with finding a Tantra and Sacred Sexuality community that was not only accepting but open and willing to grow and evolve out of the Gender-Binary and Hetero-Normative model that most other schools and groups employ. Until I found my tribe with the International School of Temple Arts.

ISTA is first organization that not only allowed her to truly be herself, and participate in the manner that fully honored and validated her completely, but was also willing to learn from her, grow and change in order to be more welcoming and inclusive of our brothers and sisters in the LGBT community.

The Sacred Sexuality community has traditionally operated on a Gender-Binary and Hereto Normative model that is very invalidating and hurtful, so people had to form Queer-Tantra groups and communities on their own, but have remained few and far between…on the fringes and in the shadows, or the “Closet” of the Sacred Sexuality world.

Even the Queer-Tantra groups are not fully inclusive and continue to operate on the Hetero/Gay and Gender Binary model; offering Gay Tantra or Lesbian Tantra. Effectively exclude those of us in the Bisexual/Pansexual spectrum, that social conditioning holds that we are either “just going through a phase” or are actually hetero, or “gay” but not fully out. Bisexuals are still in many circles the “invisible majority.” Modern studies and scales indicate that a vast majority of people (close to 80%) do not fully fall into the Hetero-Binary and are somewhere within in the bisexual spectrum. This is also often true within ISTA trainings as well, as the Faculty I have interviewed felt that close to 60 or 70% of participants do not identify as completely heterosexual. I wish to share that the core principles, beliefs, teachings, and Faculty within ISTA are very inclusive and welcoming to the LGBTQI community. However, ISTA has struggled with the use of inclusive language, form, and structure. Not out of prejudice, but out of lack of awareness and understanding, and need further education and guidance.

When I came to ISTA, as a scared and nervous Transgender Woman, the Faculty at my first training were very open and welcoming. Most importantly, they were humble and honest; letting me know they were inexperienced working with people like me and asked me to guide and teach them through the process. Now, a few years later as a Faculty Apprentice I continue to teach and guide ISTA to the best of my ability.

Here is a recent video from my recent teachings at the Spiritual Shamanic Sexual Experience in Massachusettes in Oct. 2017. To see the handout I used in this talk, go to: http://www.transstudent.org/gender

In order to be more inclusive and welcoming to the LGBTQI community, these are the guidelines that we at ISTA will do our best to adhere to at all our trainings:

I want to conclude that my biggest motivation for helping to bring more LGBTQI people into the ISTA, is because of my own experience. While there were moments of invalidation and having my feelings hurt due to a general lack of gender awareness, overall I did feel welcomed by most people in ISTA and I feel that I have finally found my Tribe. I understand what it feels like to be alone and unwanted, rejected by society and the world at large, and I want others who are like me to find a home, family, and tribe in the ISTA as I did.

About the Author: Javi Martinez
Javi is a Licensed Mental Health Counselor, practices various forms of energy healing, shamanic healing, Tantra and Sacred Sexuality, and is a Priestess devoted to Frigga/Freyja (Lady Love). She is apprenticing under Crystal Dawn Morris, and is working with her on developing an ISTA “Sacred Spot Massage” that truly honors our pre/non-op Trans-Feminine sisters. She lives in Amherst, USA and can be reached here: jms815@outlook.com
Note: Javi prefers feminine pronouns.