LGBTQ Rights are Being Threatened: The Personal is Political 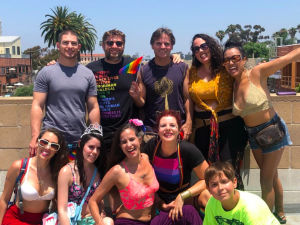 Breaking news from the National Center for Transgender Equality:

The Trump administration today announced it will allow anti-trans & anti-LGBTQ discrimination in all grants from the Department of Health and Human Services, impacting federal funding for foster care, adoption, HIV & STI prevention, youth homelessness, opioid programs, and countless other public health and other initiatives, representing hundreds of billions of dollars in federal funding and impacting millions of lives. 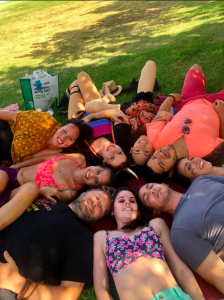 That’s not all – the new rule would eliminate the requirement that federally-funded organizations treat same-sex marriages as valid, and allow discrimination based on sex and religion. They’ve also said they’ll put these changes into effect TODAY, subverting our right as members of the public to formally oppose these changes.

Because the personal is political, I’d like to reminisce about a moment that gave me some hope in our future. For me, the Pride festival was extra meaningful this year because I experienced it through my son’s eyes. Devin has been celebrating LGBTQA pride since he was in my tummy, but at age 12 he seems to understand the socio-political implications of the event. He taught me about the “asexual” flag and explained to me specific signs like “this is not even my final form” and “you can pee by me.” If he was marching, he said he would be 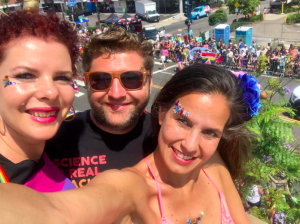 happy to hold a sign that read, “I’m proud of my non-binary poly mother.” And he was not at all shy or embarrassed about our big poly cuddle puddle in the park! Something tells me we co-created a positive and formative memory for the whole family.